In 1995, Thompson Sensei began his training in Aikido at a University of North Texas club while attaining his BFA in Drawing and Painting. Studying visual and martial arts, Thompson Sensei found Aikido as a lens to not only strengthen his mind and body, but spirit as well. The attention to detail, and high ethical stance of Aikido gave him a life long process to continuously refine his practice.

In 2000, Thompson Sensei took over as Chief Instructor of Aikido of Denton, and over time, other practitioners were drawn to the dojo and helped build a school dedicated to arduous but joyful training. He is currently ranked Yondan, 5th degree black belt, and holds the title of Shidoin. Thompson’s lineage starts with Akira Tohei Shihan, and upon his passing, transferred to Yoshimitsu Yamada Shihan. Both of these master teachers were direct students of the founder of Aikido, Morehei Ueshiba.

Thompson Sensei also holds a Masters in Art Education which led him to teach middle school art for 7 years, and owns CrossFit Denton with his wife Kalah Thompson. Throughout the week, Thompson teaches all ages, ranging from 5 to 70, and enjoys witnessing his students’ physical and mental development.

When not at the dojo or at the CrossFit box, Thompson enjoys his life long love of drawing which he’s done since the age of 5. He extends his thanks to Bob Mason Sensei and Skip Chapman Sensei for their mentorship and friendship over the years. He is very thankful for his lovely and intelligent wife, Kalah, who helps him grow to be a better person every day.

Be sure to catch Sensei John Thompson share his true opinions on Aikido and self-defense while chatting with Todd Hulsey on The Dirt Wasp podcast! 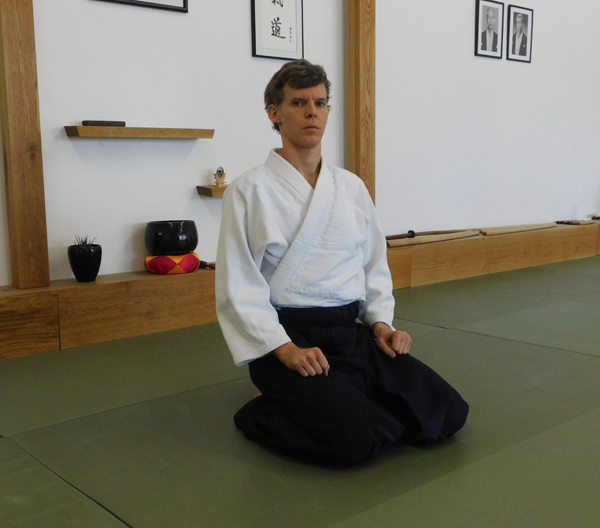