Juan Pablo Villarroel was born in Caracas, Venezuela, on January 25, 1965. Training martial arts has been part of his life since the 1980, when he started training with Sensei Carlos Moreno, representative for Venezuela and Latin America of the Karate-do system Hayashi Ha Shito Ryu Kai, and direct student of the founder Teruo Hayashi.

Moving to Denton, Texas in 2010, he begins training Aikido with Sensei John Thompson in Aikido of Denton, expanding his vision as Budoka. He is currently ranked Sandan, 3th degree black belt in Karate-do and 2nd Kyu, brown belt in Aikido.

Juan Pablo holds a Bachelor of Science in Construction Engineering & Management and make his living as General Contractor. He is married with Maria Teresa since 1989 and is father of 5 (two girls and three boys). 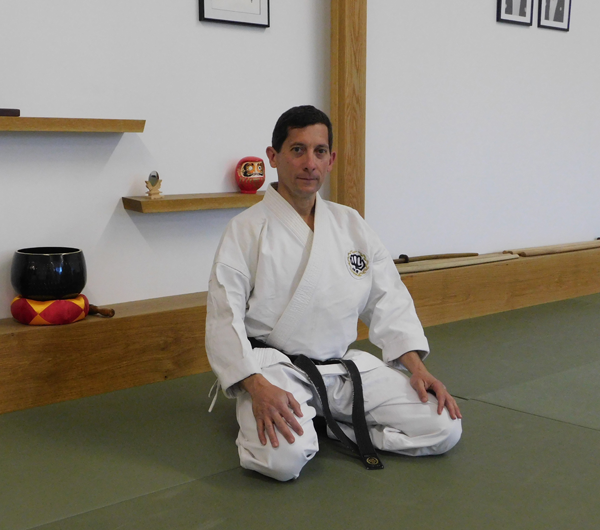